Gran Paradiso National Park. Ever heard of it? Because I hadn’t. Not until a fortuitous conversation led me to this secret jewel nestled on the Italian/French border.

But before we get to that, here’s a bit of history, along with some geography thrown in for good measure.

Gran Paradiso National Park is located in the north west corner of Italy, and joins the Vanoise National Park in France. It crosses two regions – Piedmont and Aosta.

The area was first protected by King Vittorio Emanuele II in 1856 who declared it a royal hunting ground. No one else was allowed to hunt there, on the basis that the local ibex population was nearing extinction.

Years later, King Vittorio Emanuele III went a step further and donated the hunting reserve to the Italian state, thus creating Italy’s first national park in 1922. Thanks to his actions, ibex numbers have soared and now live happily alongside marmots, chamois, vultures, eagles and other flora and fauna.

For those peak baggers amongst you, Gran Paradiso National Park is also home to the highest mountain located entirely within Italy. Gran Paradiso (which gives the park its name) stands at 4,061m. It’s true that there are higher peaks in Italy, such Mont Blanc and the Matterhorn, but they are shared with other countries. 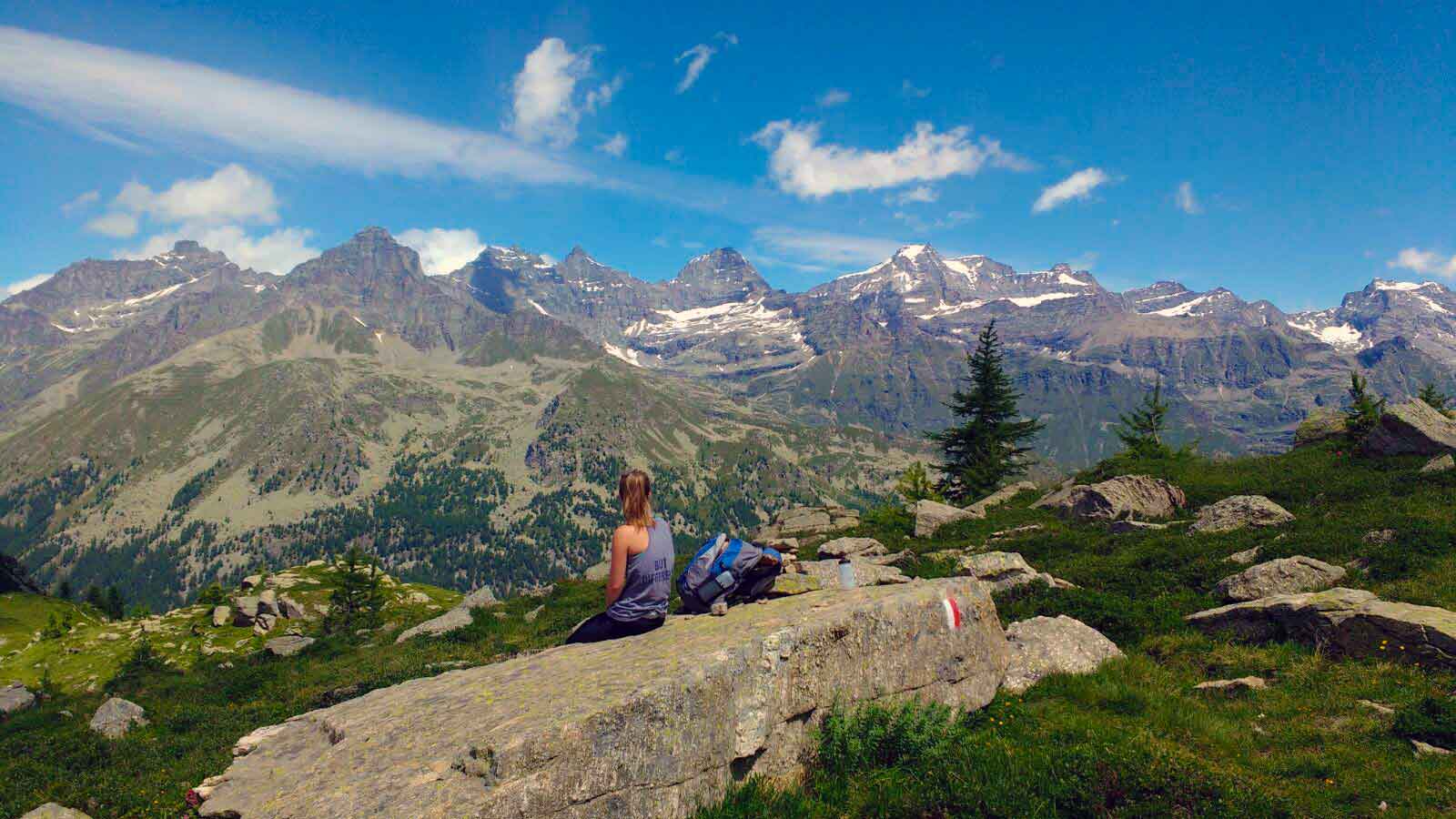 Gran Paradiso and the Italian Alps

However, I didn’t know any of that until a few years ago. In fact, I’d never heard of Gran Paradiso National Park. Nor had any of my well-travelled family, friends or acquaintances. Have we all been living in ignorance, or is this Italy’s best kept secret?

Certainly compared to the likes of Venice, the Amalfi Coast and the Cinque Terre, the masses are yet to ‘discover’ this destination. Yes, there are tourists. But hordes, there are not.

In the summer months the meadows are full of flowers and grazing livestock. Raging rivers and streams cut through the landscape, swollen with run-off. The snow-capped peaks of the Graian Alps tower above you, at once beautiful and frightening. Beyond the treeline, the region’s volcanic history is exposed. The black rocks and barren terrain sit starkly against the lush greenery below, providing a menacing reminder of the altitude at which you are standing.

For people with the necessary experience, there are mountains to conquer and glaciers to traverse. For everyone else, there is a vast network of trails catering to all abilities. Either way, you can rest assured that this is Mother Nature at her finest.

Anyone familiar with the European Alps might say this description rings true of the entire mountain range, which stretches across no less than eight countries. That’s fair enough. But for me, Gran Paradiso holds a special place in my heart.

Maybe it’s because I discovered it entirely by accident. I first became aware of the park while researching a van trip around Italy. While scouring the internet for information, I stumbled upon a Lonely Planet article titled Italy’s Seven Best Hikes. There at number one was a 20km hike through the heart of Gran Paradiso.

Fast forward one week later. I was at a campsite on the Italian Riveria, trying to explain to the man on reception that I was considering a visit to Gran Paradiso National Park. After some confusion (my Italian accent is less than convincing) he shouted “ah ha! This is where I’m from.” I couldn’t believe it! I’d only just learned about this place, now I’d met a real life local. “You must visit my home town, it is most beautiful”, he said. 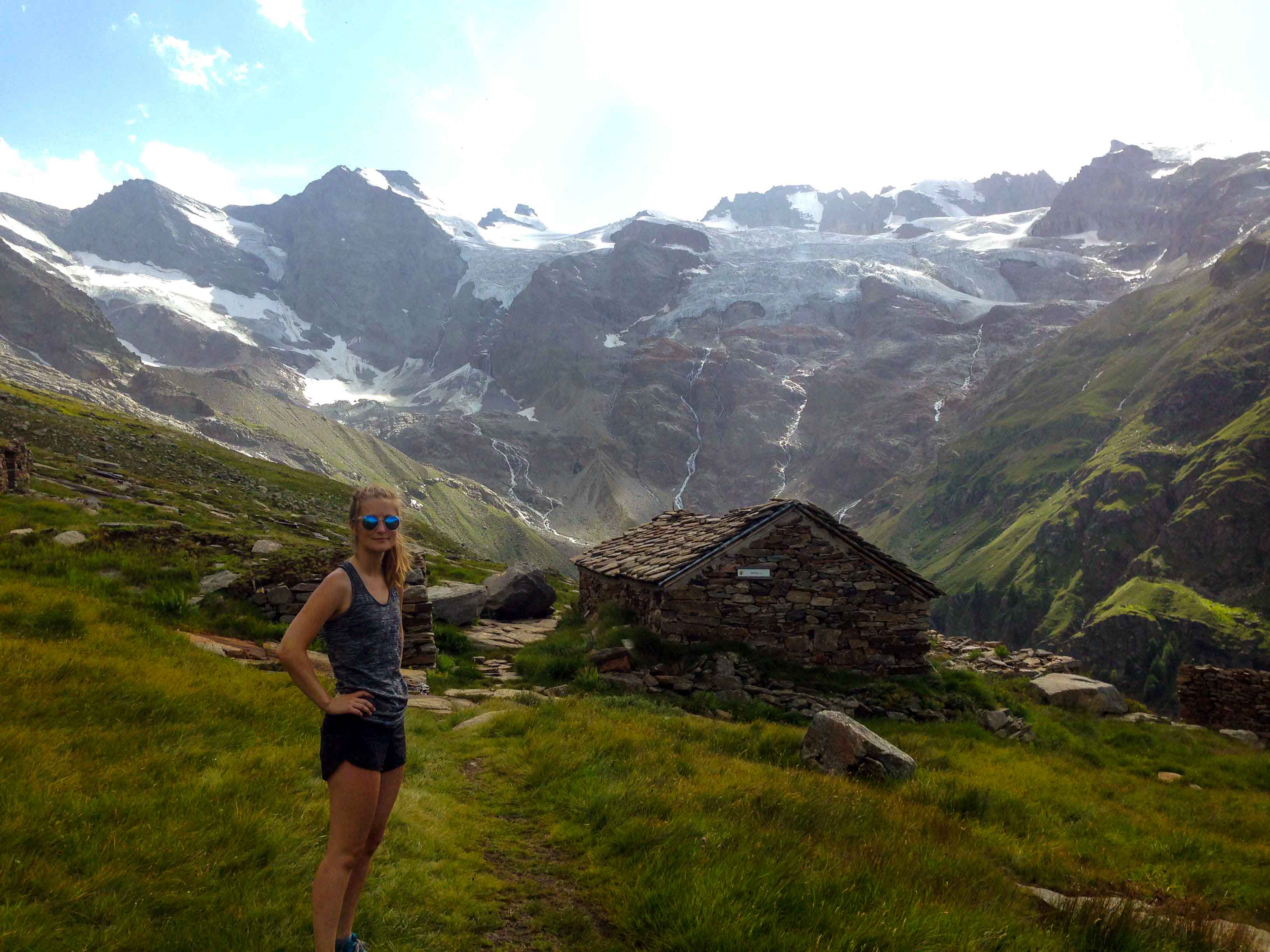 Shepherd’s hut with a view

Thanks to my new friend’s recommendation, I ended up in a town called Ceresole Reale.

Located in the Orco Valley of the Piedmont (Piemont) region, Ceresole Reale is the last town before a high mountain pass called the Colle del Nivolet. As such, it has that ‘end of the road’ feeling. By which I mean, not many people come here, and seeing as there’s only one road in and out, you’d better hope nothing happens to it.

I stayed at a pristine campsite called Camping Piccolo Paradiso. Despite being August and despite not having booked, I had a choice of pitches to choose from. Opposite is a cosy bar-cum-café-cum-restaurant called La Baita, which is a welcome retreat after a day exploring the wilderness outside.

After setting up camp I spent the afternoon cycling around Lago di Ceresole, which is also a hot spot for windsurfing. The following day I retraced my tracks to the lake, chained up my bike near Villa Poma and followed route 520 to the Colle della Crocetta. This is one of those stunning hikes that takes you through verdant meadows, along the shores of crystal blue alpine lakes, and finally through a moraine to the ridge. 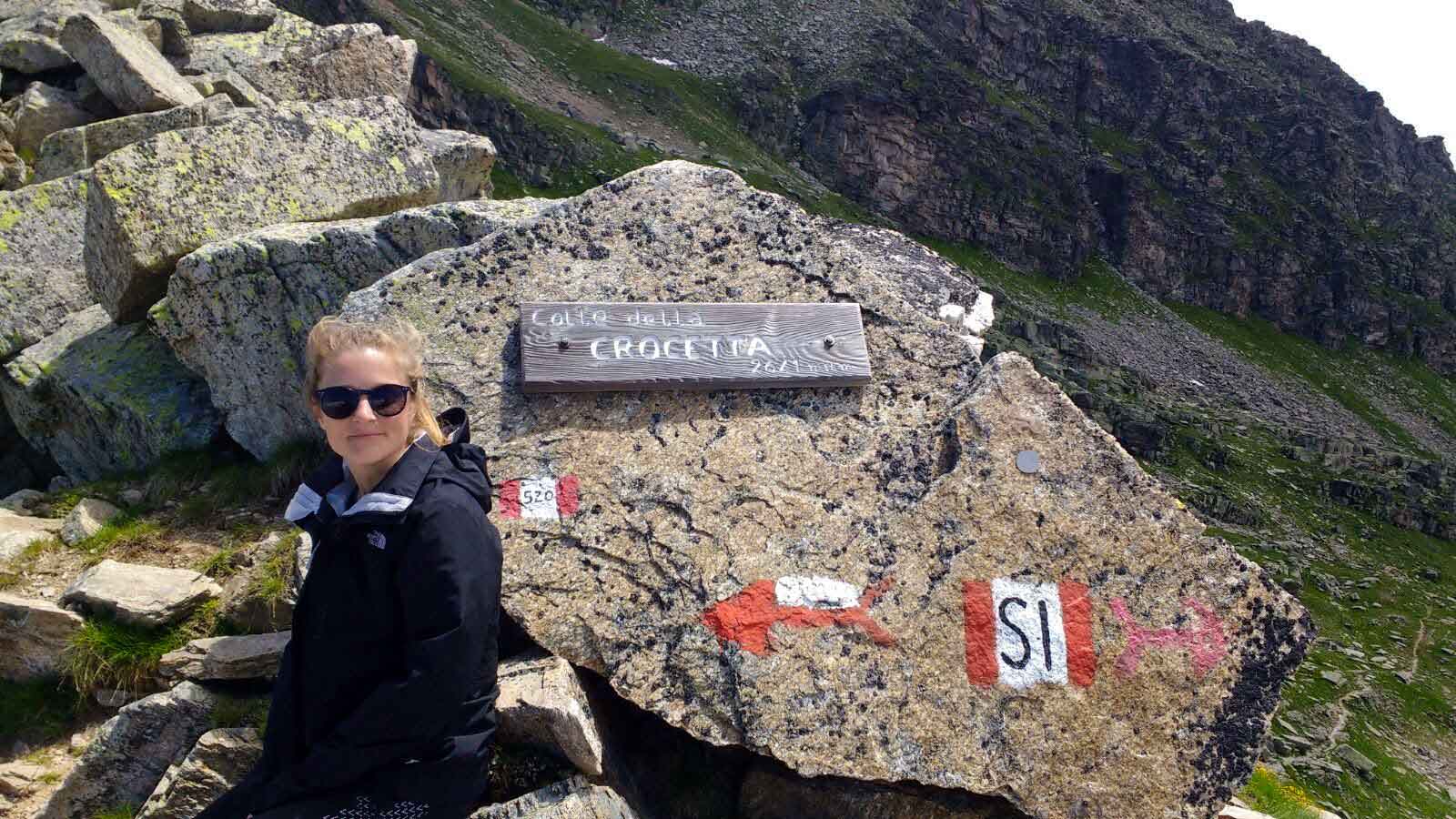 Atop the Colle della Crocetta

The final day was spent exploring the Nivolet Pass – where, incidentally, the final scene of the Italian Job was filmed. Cyclists and motorbikes are drawn to this road. I can see why. It has gut-lurching hairpins and a steep gradient, making it a challenge. Yet it is stunning. If you make it to the end, you’ll find the Refugio Savoia and a bar. Go and explore the trails, gawp at the moon-like landscape, then enjoy a hot chocolate. 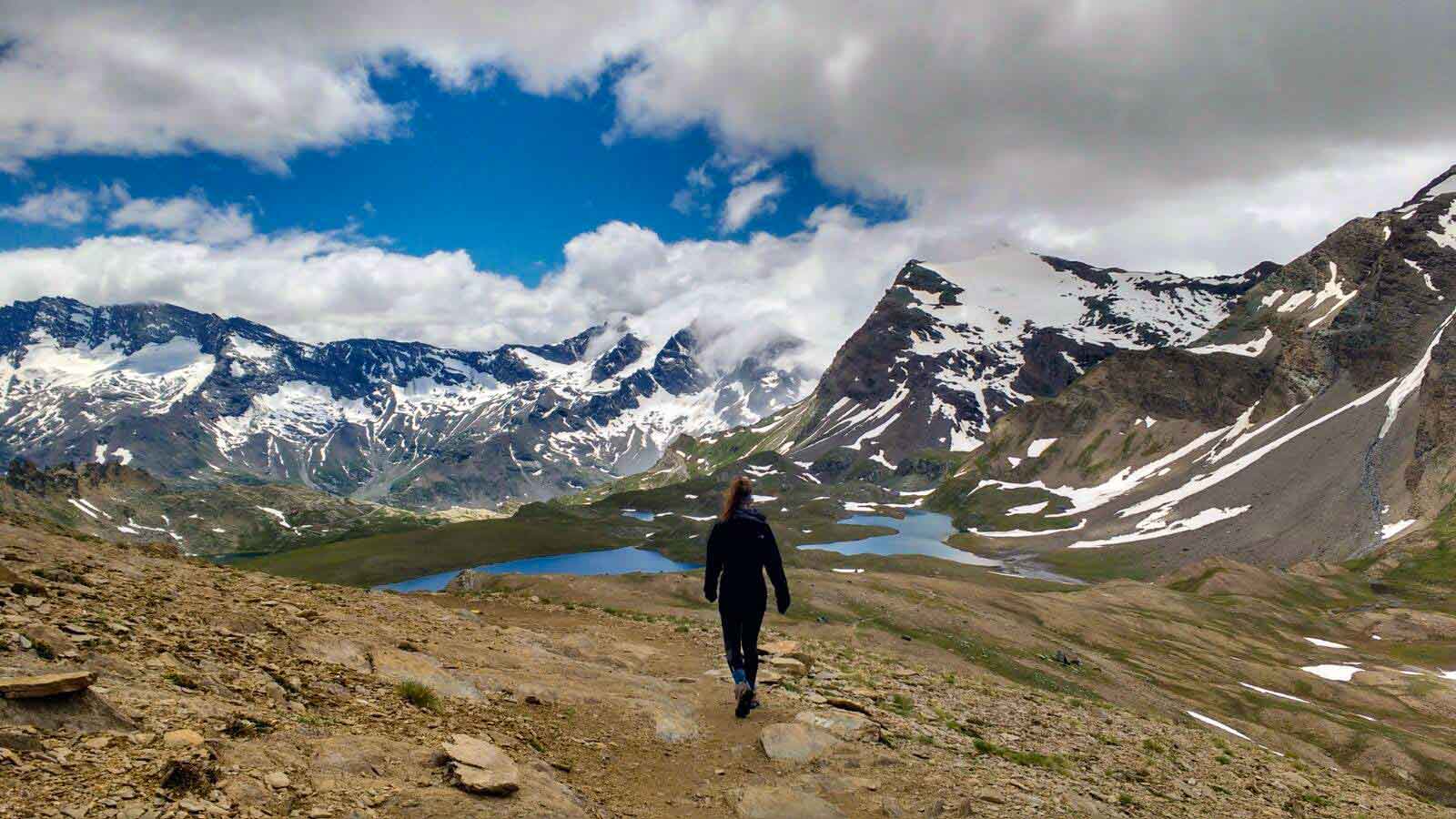 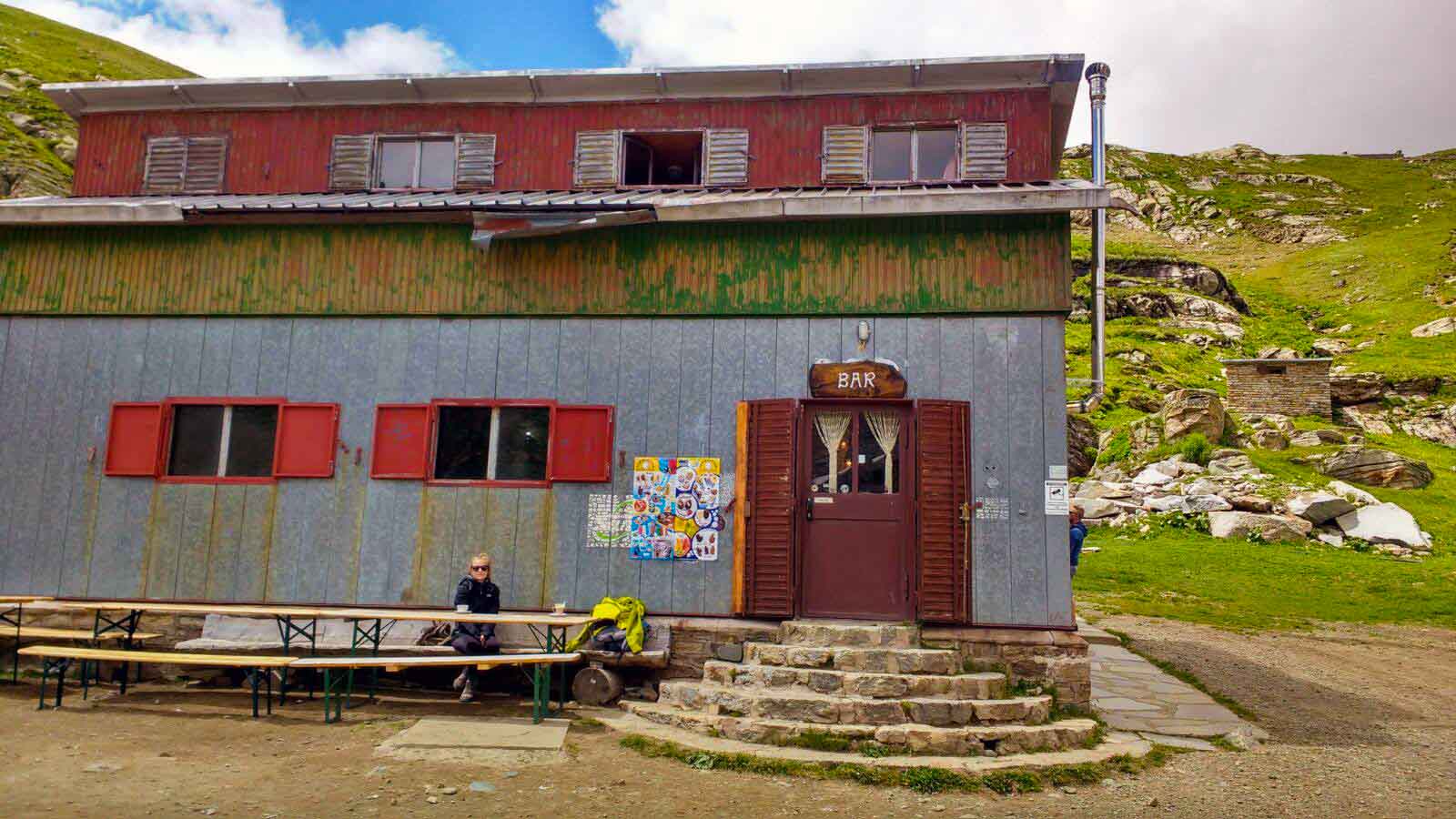 Warming up with a hot chocolate

Now I’d had a taster of Gran Paradiso National Park, I wanted more. So the following year I returned, this time to the Aosta region. I stayed at Campeggio Gran Paradiso in the village of Valnontey, 3km from the large town of Cogne. It was definitely busier here than Ceresole Reale, so if seclusion is a high priority for you, this might not be your cup of tea. 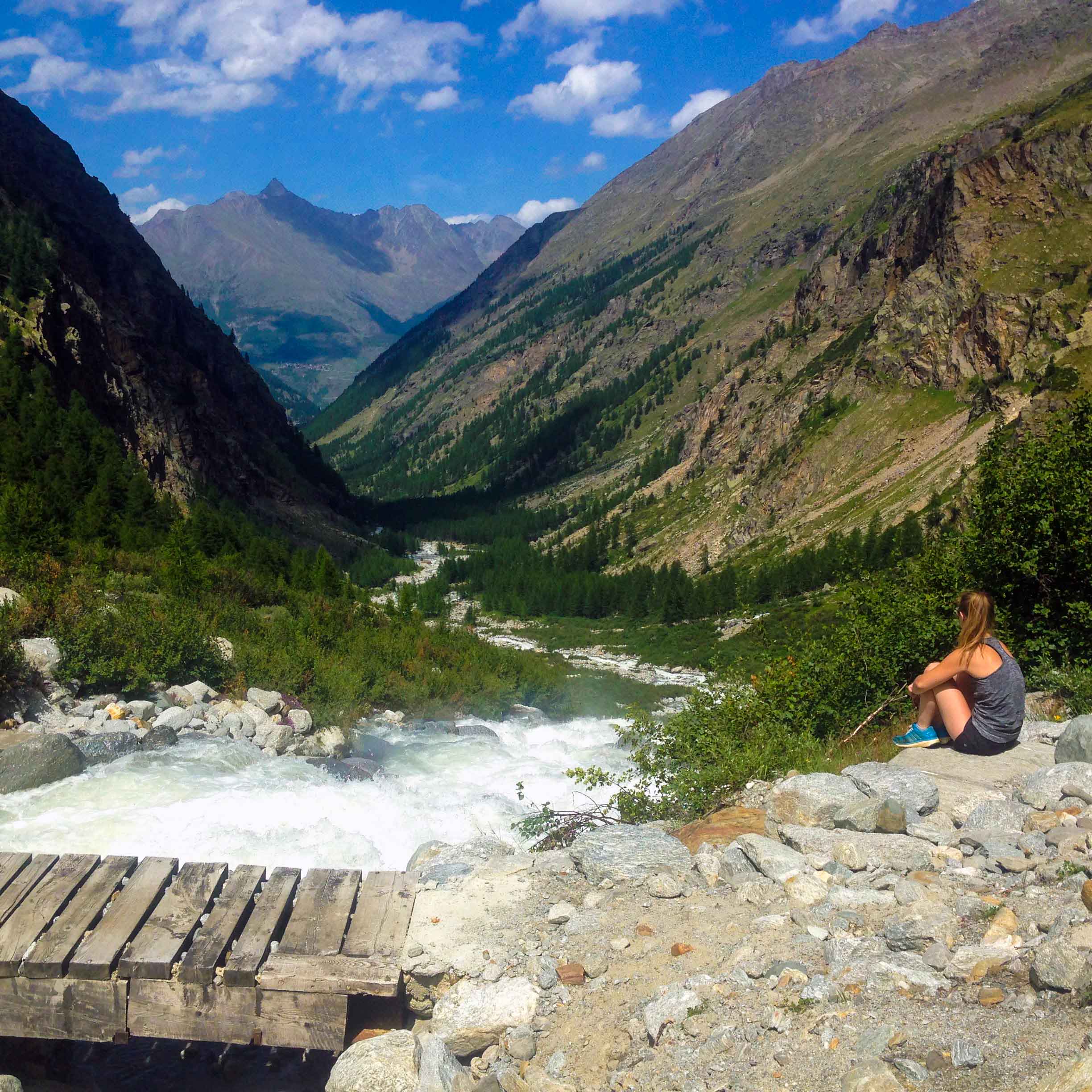 Looking down the valley towards Valnontey

Nevertheless, once you’re out and about, you can quickly leave human contact behind. There are a number of trails straight from the campsite. The valley floor is popular with families, but continue past this and you’ll soon be alone. I found some fantastic hikes in the area, including the one listed by Lonely Planet in their rundown of the seven best hikes in Italy.

This hike follows the Alta Via 2 to the Refugio Sella, one of the many alpine huts open to visitors in the summer months. You can find a definitive list on the Gran Paradiso National Park website. From the refuge, you continue onto Casolari dell’Herbetet and back down to the village. It’s considered a demanding hike, so take heed. If you’re up to it, then it sure is rewarding. 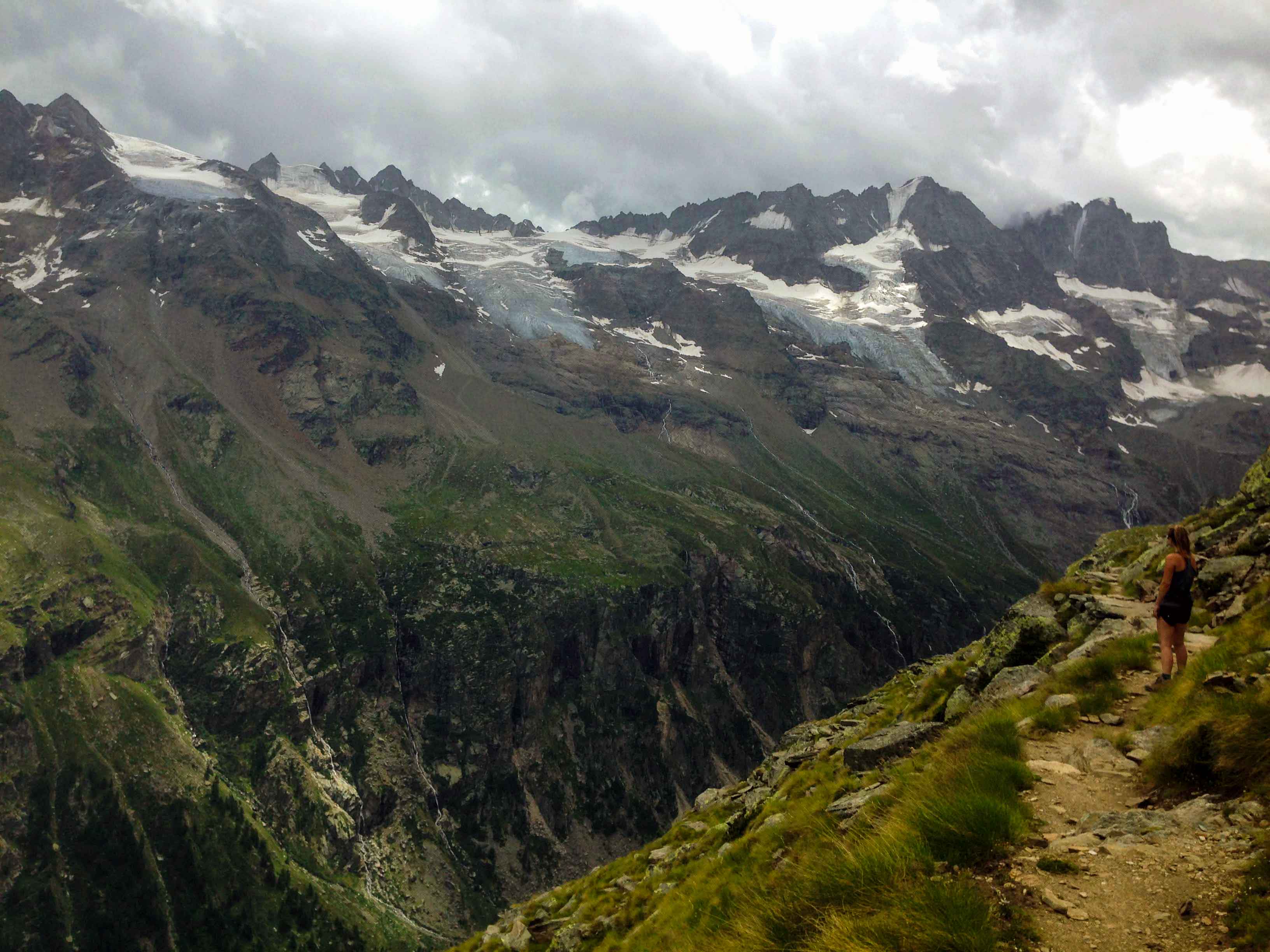 You need a head for heights on this hike!

As I was making my way down the mountainside, clinging perilously to a chain while the Gran Paradiso massif loomed above me, I had a moment of clarity. In Italian, ‘paradiso’ means ‘paradise’. For me, it certainly lives up to its name. So why has no one heard of it? Who knows, but maybe it’s a good thing.